You’ve probably heard about the dangers of magnetic fishing and the controversies around it.

In this post, I’ll be walking you through some of the dangers of magnetic fishing and how best you can avoid them.

But before that, let’s have a clear understanding of what magnetic fishing is.

Magnet Fishing – What Is It?

As a result, many people now assume that magnetic fishing is a hobby. In fact, lots of people have found many fascinating things from this activity.

Even more, magnetic fishing is quite inexpensive, and you don’t need any amount of experience to try. All you need is the willingness to try this hobby and patience.

However, it would be best if you were extra careful when carrying out your hobby (fishing). This is because some areas prohibit fishing, and if caught, you can face a fine penalty.

That out of the way, let’s get to the nitty-gritty. 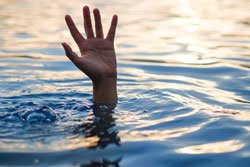 Magnetic fishing takes place in different water bodies, which exposes you to drowning during the process.

This is rare, but there is a recent case of two people drowning while they were magnetic fishing. One fell into the water and the other went after trying to save him. Both drowned in the process.

Additionally, magnetic fishing can get worse if you collect many items when fishing. For instance, you might find it hard rising above the water surface as a result of the heavy metals weighing you down.

If you sneak into someone else’s property, you might easily drown into the water because nobody will be there to save you.

Therefore, avoid potential weak spots like crumbling shores when magnet fishing. Also, don’t fish on problematic areas, such as high cliffs, because such regions will make it hard for you to climb if you fall into the water.

Furthermore, make sure that you are magnet fishing from a strong bridge to give you support. And finally, never go magnet fishing alone. For chrissake, let someone accompany you. 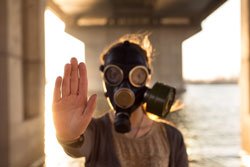 Quite often, a magnet will get attracted to something below the water surface. And in most cases, these rigs can be recovered with little to no effort.

In some cases, the magnetic will stick so hard that it can’t be retrieved. When this happens, the element will be let out into the ecosystem posing severe dangers to the environment.

The release of such elements damages the cell membranes of water animals, leading to severe problems, such as the disruption of the productive system.

Even worse, neodymium can start penetrating the soil and drinking water.

Finally, magnetic fishing could also disrupt the waterway floor. For example, some waterway sections possess heavy metals and chemicals in the sediment. Therefore, the disruption of these places is dangerous for the waterway. 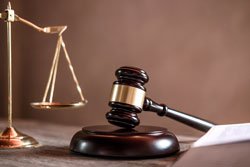 The pastime is now gaining popularity. And many people are now questioning whether or not laws are guiding magnetic fishing.

For instance, there are no clear magnetic laws in Washington. However, some laws govern the disturbance of marine areas.

There are also laws regarding artifacts. Therefore, it is essential to first check with your local or state agencies before you go to magnet fishing.

Finally, it would help to know who owns the property you want to fish on. This is because trespassing into someone else’s property could lead to fine penalties. 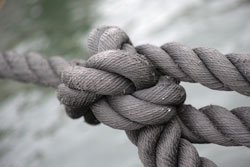 During magnet fishing, you need at least one rope to draw your magnet out of the water.

However, some circumstances will force you to use more than one rope to keep track of your magnet, especially in higher tides.

As such, the ropes can effortlessly intertwine around each other, resulting in severe complications, which may be dangerous with your magnet fishing.

For instance, these ropes can entangle in a more significant portion of your magnet when fishing from a bridge, posing you at risk of following the attraction down the river bank.

Untying these ropes can be time-consuming because you’ll have to go into the water to loosen the knot, which in most cases, you may be swept up by the sea.

In practice, use a high-quality rope that won’t entangle easily to avoid such problems.

While most people prefer ropes with fishing magnets, they are usually not of the highest quality. There are high chances that it will snarl quickly than a typical line.

Most importantly, make sure that you get rid of any obstacles that come your way during magnet fishing while keeping your feet at a distance.

You may also use a pulley to keep your rope free from knots when fishing. 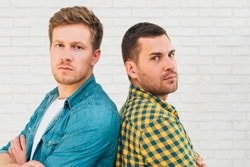 While magnet fishing is becoming popular among many fishers, the chances are that you’ll bump into other trawlers in your adventures.

Usually, these persons are friendly, and as such, will share their experiences during fishing in various aspects.

Sadly, the amicable atmosphere could worsen if any fisher gets on someone’s nerve, resulting in unnecessary fights.

Often, these disputes occur when the other party of magnetic fishers has something the other anglers want. Also, fishing alongside somebody else could result in conflicts.

For example, when fishing near each other, the chances are that you’ll latch on the same object.

Even on rare occasions, such situations could worsen if both fishers draw out the item together and cannot come up with a reasonable decision.

Similarly, both will want to have it, which is understandable, but nobody will be willing to let it go.

As a result, verbal exchange and fights are likely to occur, which could be dangerous if someone gets physical and pulls out a gun or even a knife.

However, the ultimate solution to this problem is to fish in isolated places that aren’t familiar to most fishers.

If you’re having problems locating such places, feel free to talk to somebody who owns a section of a river on their land and request a chance to fish there.

In such scenarios, running over other fishers is close to zero. And if you end up in an argument, please calmly resolve your issues to avoid causing conflicts.

Shouting and yelling will only worsen the situation, forcing somebody to get physical, or even worse, lead to untimely deaths. 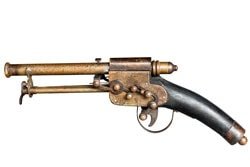 Finding weapons and devices while magnetic fishing is a little rare, but there are chances that you could come across dangerous weapons, such as guns, knives, or explosives.

Weapons and devices are common near military bases or World War I or World War II bases when magnetic fishing. And honestly, many dangers come with this.

Firstly, you could get a cut from the knife and pose yourself to infections with bacteria found in the river or lake beds.

Secondly, you could shoot yourself or somebody by mistake using the gun you just trapped from the water. Worst of all, the weapon could be linked to a crime, which could seriously pose you to law charges.

Finally, there are chances that a grenade may have stayed in the water for long. So it could go off anytime, even with careful handling.

In any case, you find any of these weapons or devices; you need to take action immediately. Call the relevant authorities and report the matter instantly.

Don’t touch any of these devices or weapons if you find them while magnetic fishing to avoid any physical injuries, contamination, or legal problems with the authorities.

It would be best if you allowed the FBI or any other relevant authority to handle the situation once you report the matter.

And in the case that you must pick up any of these weapons, don’t ever pick explosives because they can be more dangerous than you think. Also, to stay on the safer side, use gloves to avoid your fingerprints getting traced on the weapon.

Typically, Neodymium magnets are the most preferred for magnetic fishing.

While the element may sound new to other people, it’s a popular element mostly used in cell phones, microphones, wind turbines, windshield wipers, and more.

When incorporated with Iron and Boron, this metal exhibits robust uses. And according to the Royal Society of Chemistry (RSC), these combinations enhance this magnetic metal’s strength.

However, it would be best if you were careful with these magnets as they pose severe dangers to the eye.

RSC terms them as “Moderately Toxic,” which means that you have to be extra keen when around them and remember to wash your hands thoroughly after handling these magnets.

This is one of the worst dangers of magnetic fishing, yet many people still overlook it.

Another danger of fishing magnets is that they can sometimes cause sparks or, even worse, fires if you don’t handle them well. Additionally, fishing magnets can disrupt how some electronic devices operate.

For instance, a fishing magnet could easily wipe away the memory of your most precious gadgets, such as your computer or mobile phone.

Also, fishing magnets can interfere with pacemakers. Even worse, such powerful magnets could cause heart attacks or cardiac problems if not handled with a lot of care.

Additionally, you should make sure that your fishing magnet is kept well by enclosing it in a bulky case. This should prevent it from interfering with other devices, such as your cell phone.

Finally, it would help if you put on your gloves whenever you want to handle your fishing magnet because the chances are that the magnetic force could damage your skin.

Frequently Asked Questions From the Dangers of Magnetic Fishing

What is the point of magnet fishing?

To most people, magnet fishing is a hobby, while to some, it is a way to protect and improve the environment. Fishing magnets can trap debris and other items, such as guns, bombs, from the water surfaces. However, some people also magnet fish hoping that they will find valuable items.

Can you make money from Magnet Fishing?

What size magnet is best for magnet fishing?

If you are looking forward to buying a magnet for your magnet fishing mission, then a neodymium magnet should be your top priority. These types of attractions are rare and one of the most powerful magnets you can find on earth.

Probably after reading this post, you’re skeptical about magnetic fishing. Even so, the magnetic fishery can be lucrative if you employ the right tools and take every operation seriously when you go out.

Also, you need to prepare adequately for dangers imposed by magnetic fishing and observe the preventive measures at each point of your adventures.

Most importantly, learn everything about magnet fishing, including the legal laws before you can go out for any operation to stay out of legal issues.